Chris Putnam gave an interesting presentation on the Vatican and ETs in a 2014 conference.

Many Bigfoot researchers complain because we call Bigfoot (and UFOs and the rest of the paranormal) a phenomenon run by devils. Here they confuse themselves even more by using the less specific word “demons.” They don’t believe the Bible, so they assume there are no devils. They think just saying Bigfoot is a devil explains the phenomenon for the ignorant, and don’t recognize that the devil is far smarter and more subtle than they expect. They want to contact Bigfoot and ghosts, and don’t want to know that they are contacting what the Bible explains as prohibited “gods” and familiar spirits.
https://www.youtube.com/watch?v=PMH2esg5JRU&t=629s

All we really need to know about indefinite beings like Bigfoot or UFO aliens, or ghosts, is that they are not to be trusted about anything they say or do. Communicating with them involves entering an alternate reality that appears able to take over your mind, and perhaps even your body, so that you will see Bigfoot when no one else does. Whether the phenomenon is physical or spiritual, mental health is involved, so quite a bit of caution is in order.

“Space” is another concept that requires entering an alternate reality, first with your mind, and some even enter it with their bodies, going by the evidence we see. Some do not come back, as with the Challenger and Columbia space shuttles. The photo is of the Challenger explosion, not Bigfoot.

In the modern world, we have been caught up in an alternate reality where we can see the earth going around the sun, when earlier people used the earth as their reference point for reality, not an arbitrary point in space, which is the necessary perspective for seeing the earth go around the sun. The family in Woodruff County, Arkansas, who had their animals slaughtered by an unknown assailant, can expect to be visited by Bigfoot hunters.
http://www.youtube.com/watch?v=b0YcVadQg58

The victims were “eight goats, one alpaca and one calf.” Wikipedia says, ‘A guard llama is a llama, guanaco, alpaca or hybrid that is used in farming to protect sheep, goats, hens or other livestock from coyotes, dogs, foxes and other predators.”

A pack of dogs is reported to have been killing cattle in Newton County, but that is almost halfway across the state.

AMANDA: How is believing the proof and evidence put forth by those who are highly educated and have dedicated their lives to their work in any way “worshiping” science? What a silly notion, ironic and very rich coming from someone who worships a religious human sacrifice.
>
ED: Thanks for the question, but I don’t think you are being logical. Maybe you don’t value logic, but use some other way of determining truth. All I know is what the Bible tells me, and what I can logically derive from it. I don’t believe what any fallen humans tell me, unless I can verify it from the Bible. Many people are highly educated and have dedicated their lives to their work, and yet make mistakes. Only God can be trusted to get it right. You worship something when you make it your final authority, like many people trust experimental science as final authority. That is irrational, because science is always subject to revision by more data and better paradigms.
—
Have you ever understood the Gospel presented by the Bible, Amanda? God is not just some religious figure who can be ignored; He is Truth Itself. Truth, like a true proposition in math, has infinite requirements. Getting one part of a math problem wrong makes the answer wrong. God requires absolute perfection from humans to be acceptable to Him. But humans are not capable of absolute perfection. So, God takes His own punishment that justly should be given to the man who does not measure up to His standards. He sacrifices Himself in the person of Christ, to meet His own requirements for the man who can believe, and can trust that sacrifice, rather than asserting that his own good deeds should make him acceptable to God.

Much of the opposition to the Biblical account of creation is due to a deeply ingrained worship of science in modern society as able to discover the mysteries of the universe. The popular conception of the universe is due to the appeal of science fiction, and the mental exercise of imagining the expansion of the human spirit into space, and church people fall for it and use the excuse of “seeing the glory of God in the stars.”
*
But science fiction is fiction. It is fully compatible with atheism, and is exciting to the fallen human spirit because it is an escape from the constraints imposed by God in the Bible. Science fiction is worship of a different god, and it lets us know why the Israelites had so much trouble doing what God said, and instead following the gods of the Canaanites. It’s just plain fun for the mind not renewed by the Bible.

To me, it seems to undermine creation if one takes the same position as atheists by looking at reality from an arbitrary point in space instead of from the earth as God does in the Bible.

A Christian is “free” to still be one of the elect, and do all kinds of foolish things. Solomon, for instance, gave in to his pagan wives and honored other gods, but God said He would never take His mercy away from him. But he may be undermining the Bible, and making others lose their faith. 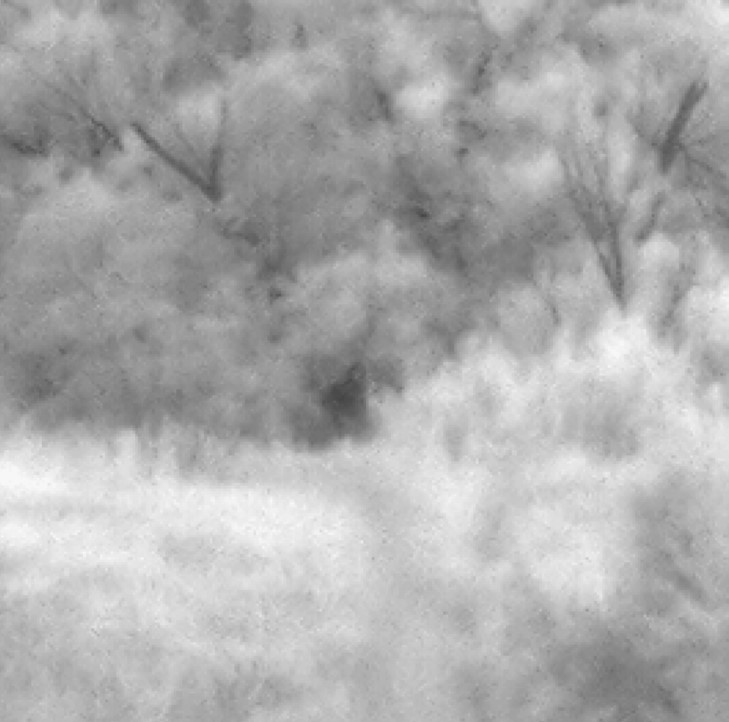 Looks like this guy somehow was able to see an unclean spirit walking the earth seeking someone it could use for its purposes, but the guy did not qualify somehow, so it sighed and walked on.

//…My son and I was bow hunting… I began to search the woods to see if someone was in the area when this large black figure appeared walking down the other side of this hollower I had set up to watch. At first I thought this was a man. But as it kept walking I noticed how massive it was, and all of a sudden it stopped and took two steps backwards and turned and looked straight at me.

It was then I realized that this is not a man but a Big Foot. As this creature looked at me, I could clearly see its eyes and nose. I could see flesh around its eyes and cheeks and also see hair covering its face as well. It stood there looking at me for I guess a good fifteen or twenty seconds, then turned and walked on down the ridge and disappeared into the woods… This creature was at least seven and a half or eight foot tall.//
–BFRO 56614 http://bfro.net/GDB/show_report.asp?id=56614

Matthew 12:43 When the unclean spirit is gone out of a man, he walketh through dry places, seeking rest, and findeth none.

(The photo is a night vision image from BFRO of a different sighting, 55249, the latest posting on their website.)

The Copenhagen and "many-worlds" interpretations of quantum mechanics violate logic, but the "hidden variables" one does not.